C-160 is a german-french cooperation and was build in the late 1960’s. It was build to support german troops in case of a cold war scenario inside the former splitted two german countries. Due to the change in the world, we are supporting missions all over the world. Main task right now, is the support of the mission in MALI and always standing by for evacuation operations and hostage release operations. 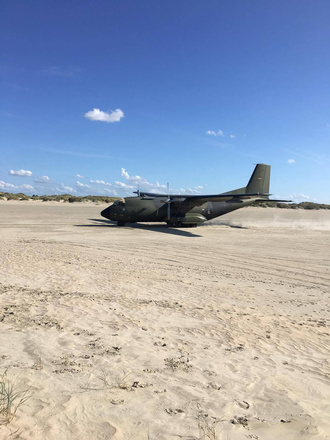 The C-160 military transport aircraft was jointly developed and produced by West German and French companies. An agreement between two countries to development a new aircraft was signed in 1957. Italy was also involved in the early stages of the project, but later left the project in favor for their indigenous aircraft. In 1959 a Transporter Allianz consortium was formed (TRANSALL). It comprised of Nord Aviation of France and Weser Flugzeugbau and Hamburger Flugzeugbaug of West Germany. A new tactical aircraft was required to carry 16 t of cargo over a range of 1 720 km, or a load of 8 t over a range of 4 540 km. It was also required that the aircraft could operate on semi-prepared airstrips. The new aircraft made its first flight in 1963. Production commenced in 1965. First production aircraft were delivered in 1967. Originally this cargo aircraft was intended for French and West German air forces. However it has also been exported to Indonesia (6 units), South Africa (9 units, now retired) and Turkey. Production ceased in 1985. A total of 214 aircraft were built. Despite its age this aircraft still remains in service with Germany (60), France (50) and Turkey (20). The C-160 aircraft approach the end of their service lives. These are due to be replaced by the new Airbus A400M Atlas. However if necessary operational lifetime of the C-160 aircraft can be extended to 2018. 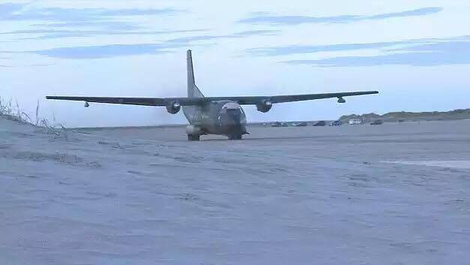 The TRANSALL C-160 was designed to perform cargo, troop transport and medical evacuation missions. During more than 50 years of service the C-160 has provided logistical support to a number of deployments and operations.

The C-160 is powered by two Rolls Royce Tyne turboprop engines, developing 6 100 shp each. These drive four-bladed propellers. A twin-engine configuration was selected over four-engine configuration in order to reduce unit and production costs. Also twin-engined aircraft has a simplified design and is more reliable. Furthermore it is lighter and uses less fuel. 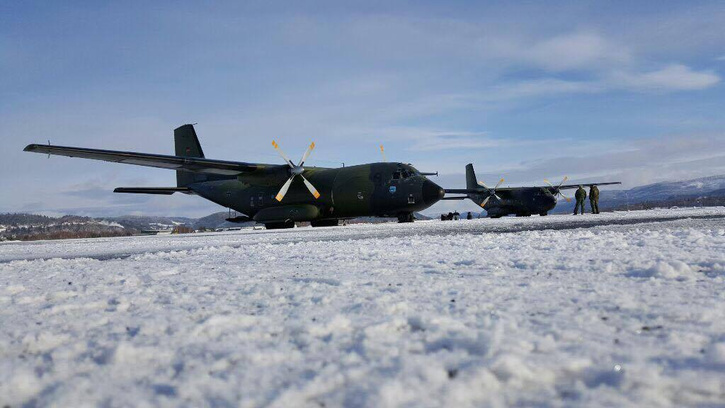 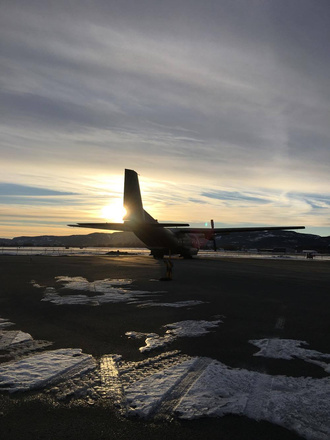 This aircraft is operated by a crew of three, including two pilots and one flight engineer. It can carry 93 troops or 61 to 88 paratroops. Alternatively it can carry 62 stretchers. The TRANSALL C-160 has a payoad capacity of 16 t. With maximum payload it has a range of 1 850 km. Also it can carry 8.5 t payload across a range of 5 000 km. Typical loads include wheeled or tracked vehicles, light or medium towed artillery pieces and standard pallets with cargo. This tactical aircraft can operate directly from frontline positions. It can land on airstrips as short as 400 m and take of from airstrips as short as 700 m. It can also operate from semi-prepared airstrips. (ref: http://www.military-today.com/aircraft/transall_c160.htm) 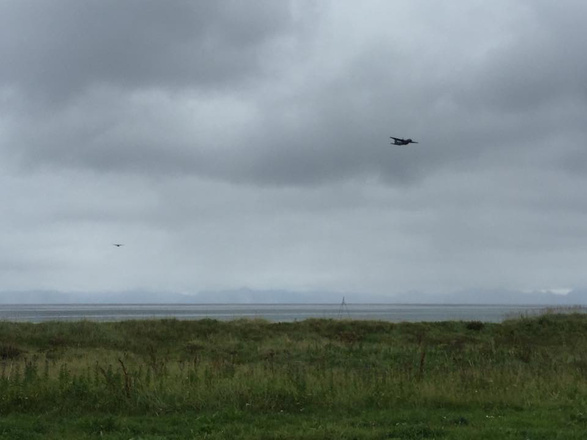