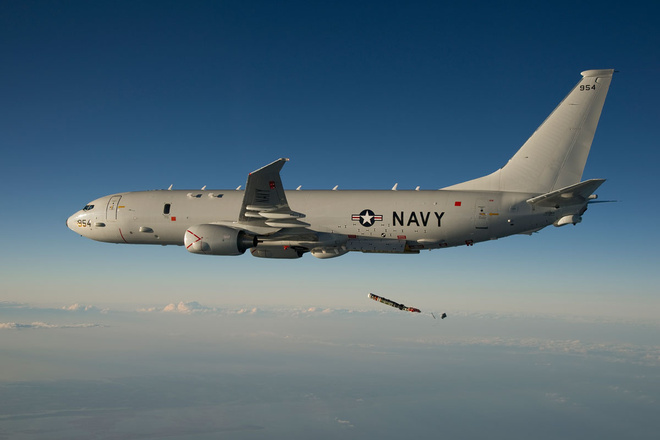 Patrol Squadron SIXTEEN was commissioned at NAS Cecil Field, Jacksonville, Florida in May 1946 as Naval Air Reserve Training Squadron VP-ML-56 and equipped with six PBY "Catalina" amphibians.  Redesignated Patrol Squadron 741 in 1949, the squadron continued to operate in reserve status.  With the outbreak of hostilities in Korea in 1951, the squadron's Catalina aircraft were replaced with Lockheed P2V-2 "Neptune" patrol bombers.


In February of 1953, the squadron was redesignated Patrol Squadron SIXTEEN and became a part of the active duty Navy.  During their colorful history, the "War Eagles" have performed operations on both east and west coasts, and throughout the world.  These activities included Operation Springboard, various UNITAS exercises around South America, Counter Drug operations in the Caribbean, Anti-Submarine Warfare (ASW) patrols in the North Atlantic, ASW/Anti-Surface Warfare (ASUW) patrols in the Mediterranean, and Overland operations in the Balkans.  In 1961, VP-16 was part of the Project Mercury Space Capsule Recovery Force.  A VP-16 Neptune was the first aircraft over Lt. Col. John H. Glenn's "Friendship Seven" capsule after splashdown.


The War Eagles transitioned to the Lockheed P-3A "Orion" in 1964, and then integrated the P-3C Aircraft Improvement Program (AIP) with advanced sensors and communications capabilities.  The Orion was unequaled in its ability to locate, track, and if required attack hostile submarines beneath the waves.  The War Eagles, with their Maritime Patrol sister squadrons have successfully demonstrated their preeminent capabilities in every ocean of the world.  Similarly, the squadron has fully exploited the P-3C's exceptional command and control capabilities for "special operations missions" involving exercises of Navy SEALS and other Special Forces.


In 2013, VP-16 became the first MPRA operational squadron to transition to the P-8A "Poseidon."  The P-8A is a militarized Boeing Next-Generation 737 derivative.  It has a maximum speed of 490 knots, a ceiling of 41,000 feet, and provides a range of over 1,200 nautical miles with four hours on station.  The Poseidon is capable of delivering a host of weapons to include MK-54 torpedoes and Harpoon missiles and includes pinpoint mine laying capabilities of harbors and shipping lanes.  The multi-purpose Poseidon offers a Joint, Combined, or Naval operational commander a potent weapons platform for worldwide employment with a rapid response time.


The War Eagles are based out of Jacksonville, Florida and currently deployed in the European Theater.